These sweet treats were one of my favorites growing up, and this traditional Empire Biscuit recipe comes straight from my Scottish Nana's handwritten recipe book.

Scottish baking is simple, wholesome and usually pretty sweet, so this delicious two-tiered biscuit is a perfect example.

But although it's been consistently popular in Scotland for decades, the Empire Biscuit didn't actually originate there.

About the Empire Biscuit

Historical facts are a little hazy, but this delicious treat is believed to have originated in central Europe, more accurately in either Austria-Hungary (aka the Austro-Hungarian Empire which existed between 1867 and 1918 before those two countries separated) or Germany.

Prior to WWI it was called the 'German Biscuit' (or the 'Deutsche Biscuit', Deutsche meaning 'German'), and was popular in many European countries including Scotland, Ireland and England.

The story has it that when hostilities broke out in WWI and the UK found itself at war with both the Austro-Hungarian Empire and Germany, rather than stop eating the delicious biscuit, they simply renamed it!

In deference to the British Empire, the patriotic name 'Empire Biscuit' was chosen. Although commonly known by that name in Scotland ever since, this little biscuit is still referred to as the German Biscuit in Ireland, and the Belgian Biscuit in New Zealand! 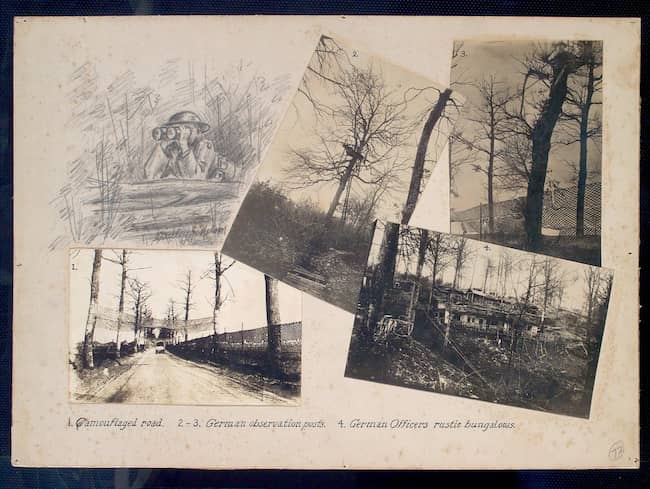 The Linzer Biscuit, an Austrian sweet treat which is extremely similar, is the Empire Biscuit's closest relative.

The main difference is in the top layer, which has a cutout so that you can see the jam below. No icing but just a dusting of confectioners sugar.

The Empire Biscuit dough is often described as 'shortbread', but our family recipe produces a lighter, finer, and smoother biscuit than traditional shortbread.

Once the biscuits are baked and cooled, they're sandwiched together with raspberry jam and topped with water icing (NOT frosting).

If you'd like to decorate them, half a glace/candied cherry is popular. You can also use desiccated coconut or coconut flakes. 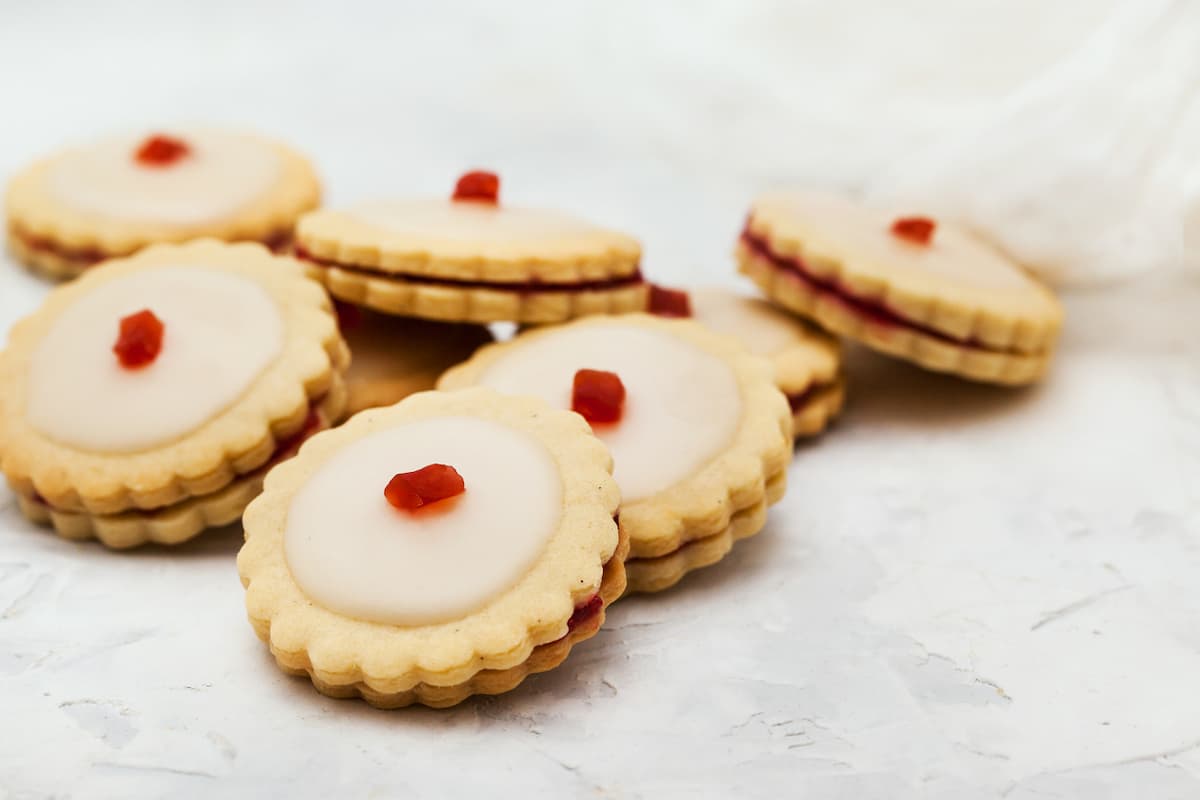 * You can make your Empire Biscuits any size you want to, Nana's were traditionally small biscuits, approx. 1.5 - 1.75" in diameter. In fact, she didn't actually use a cookie cutter, she used a small drinking glass to cut out the biscuits.

If you make a biscuit larger than Nana's you will probably want to adjust the baking time by adding a few minutes.

We always referred to 'water icing' as just 'icing' but as in the US 'frosting' is the most popular topping for cup cakes and cookies, I want to be clear about what is used here.

Water Icing isn't to be confused with Royal Icing (traditionally used on Christmas and Wedding cakes in the UK) or with Fondant Icing.

Water Icing is the easiest of all three types. All you need is confectioner's sugar and water. Nana used boiling water, and she was the expert, but I've used warm and cold water too. Neither is a problem.

Until you're familiar with this type of icing, getting the consistency right is the trickiest part. You want your icing to be thin enough to spread smoothly, but not so thin as it runs all over the place (and off your cookie or cupcake).

Start with Nana's suggestion and adjust to suit you needs.

If your icing is too thick to spread add a LITTLE more water, literally a few drops makes a difference. If it's too thin add some more confectioners sugar. You'll get there in the end!

I prefer to have my icing on the the thicker end of the scale, and if it won't spread smoothly enough I dip the knife in warm water before applying the icing.

Empire Biscuits should just melt in your mouth, and are deliciously sweet, I can't eat just one!

I hope you enjoy making, and tasting, this traditional Scottish treat.