Scotch Whisky is a world-famous spirit, and it's reputation is well deserved.

In the land of it's birth this national drink is spelled Whisky (without the 'e').

Wales, Canada, Japan and many other countries spell it this way too. However, the Irish spelling is Whiskey, and the same spelling is seen in the USA.

This difference is believed to date back to the late 19th century when the Irish and Scottish distilleries wanted to show a distinction between their products. 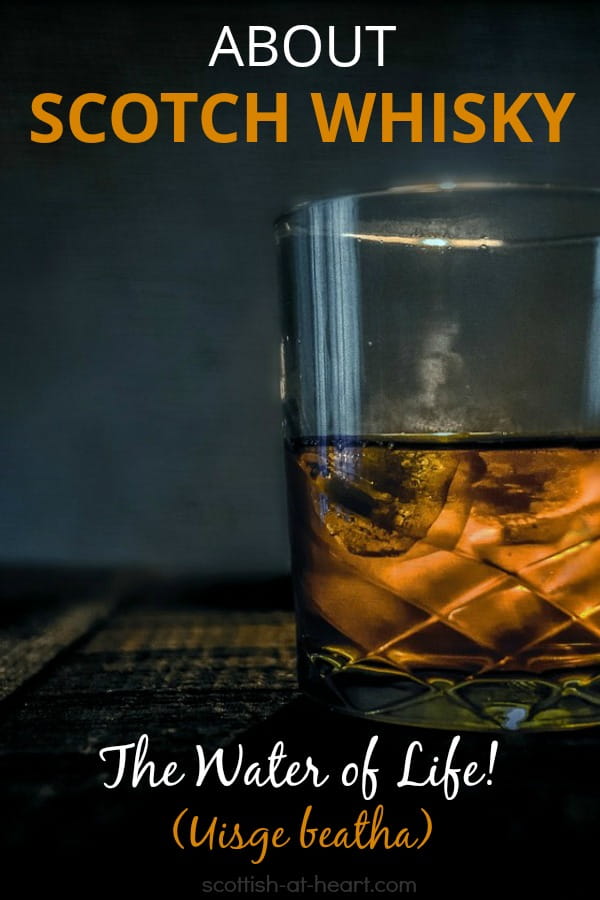 At the risk of sounding obvious, Scotch Whiskey has to be thoroughly Scottish in order to have the honor of claiming that title!

And that means that it needs to be produced (distilled) and matured in Scotland, and nowhere else. The Scots are so proud, and protective of, their wonderful creation that they have international protection of the term 'Scotch'. 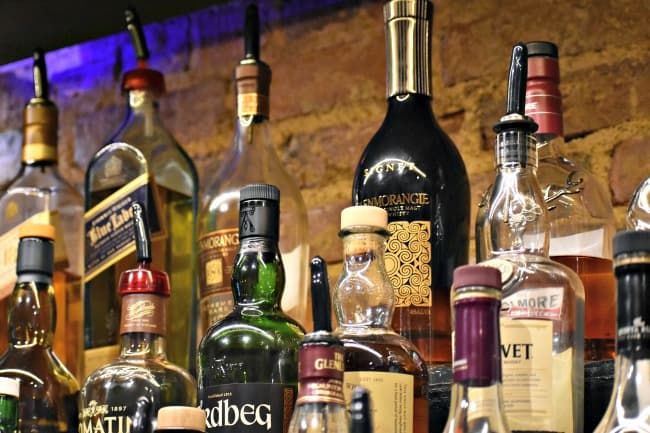 Scotch can only come from Scotland!

Any whiskey that has the word 'Scotch' in it's name HAS to have been manufactured in Scotland.

True Scotch Whisky reflects the land of it's birthplace, and the people who created it, in many ways.

It is traditionally made from barley and pure, clear water - both of which are in plentiful supply in Scotland.

It also needs a cool, damp or moist environment in order to mature properly, again there's plenty of cool weather and moisture in Scotland!

Scotland is a country which historically has proven it's strength and courage and fought fiercely for it's independence.

So perhaps it's no surprise that Scotch Whisky is a drink which could be described as bold, strong and fiery... although it can also be smooth, almost sweet, a drink of depth and contrasts - just like Scotland itself!

In the UK, Scotch Whisky is consistently a top export (accounts for just under a quarter of the UK's food and drink exports), adding millions of pounds sterling to the economy each year.

In the USA, the people's taste for 'Scottish Scotch' is growing each year, and the premium Scottish brands are becoming more and more popular.

In England, a cup of tea is the answer to all life's little (and not so little) problems. In Scotland, whisky plays the same role. Whether it's a birth, wedding, funeral - or a 'hot toddy' to help you get over a bad cold/flu, historically it's a 'wee dram' that the Scots rely on.

No one knows for sure exactly when 'Scotch' was first distilled in Scotland, but there is still a of really interesting stuff that we do know!

Some historians think that Heather Ale, a popular drink brewed by the Picts and other very early inhabitants of Scotland, may have been a 'prelude' to Scottish whisky.

There's evidence to suggest that this type of ale was brewed as early as 2000 BC, but of course it was very different in taste, alcohol level etc. 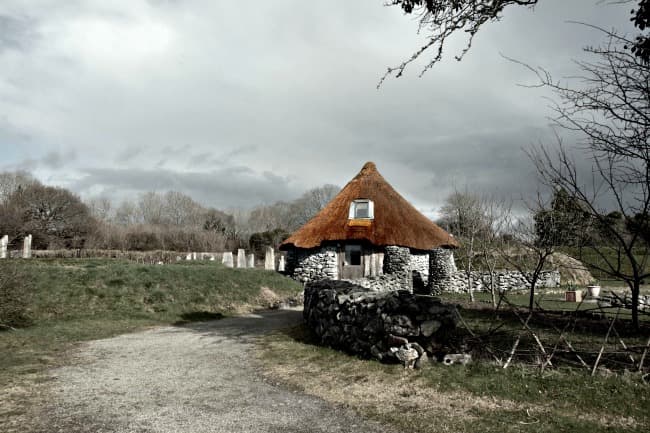 Due to the pronunciation of this name, it gradually changed over time and with each invasion or influx of 'foreign, to 'usky' and then to 'whisky'. The spirit itself developed and changed too, eventually becoming the Scotch Whisky of today.

There's no actual written record of the distilling of Scotch prior to an entry in the 'Exchequer Rolls of Scotland' in 1494 which read... 'To Friar John Cor, by order of the King, to make aqua vitae VIII bolls of malt'. 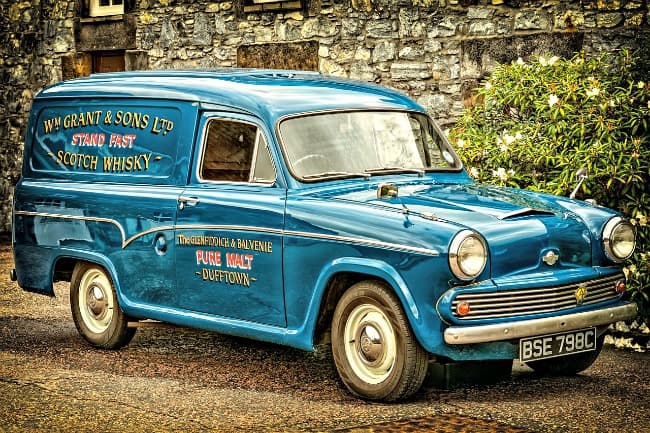 Although this early Scotch whisky may not have been intended as a social drink - it was more likely used for medicinal purposes - it is the first recorded reference to the distilling of whisky in Scotland.

The number of whisky distilleries in Scotland has risen and fallen since this first historical mention, with taxation in the 17th and 18th centuries causing a drop in 'legally established' distilleries and a rise in illicit production and a thriving black market.

The Glenlivet Distillery, established by George Smith in the 19th century, is thought to be the oldest legal Scottish distillery, and recent archaeological finds suggest it could have produced as much as 6 hogsheads (just over 400 gallons) of whisky per week.

In the mid 19th century whisky production was moved to a new, and larger, facility a mere half a mile from the original one. Glenlivet continues to be a world-renowned whisky, and one of Scotland's famous exports.

How Scotch Whisky is Made

The different types of Scotch whisky, and how they're produced is actually pretty complicated.

There are 3 basic types of 'Scottish Scotch'


Did you catch it? When you see the word 'Single' on a Scotch whisky bottle it means that it was produced at a single distillery.

There are also other categories and sub-categories such as 'blended malt whisky', 'vatted malts' and 'blended grain whisky'.

The distilling process by is also very complex. Here's a brief explanation of the way Scotch whisky is manufactured... 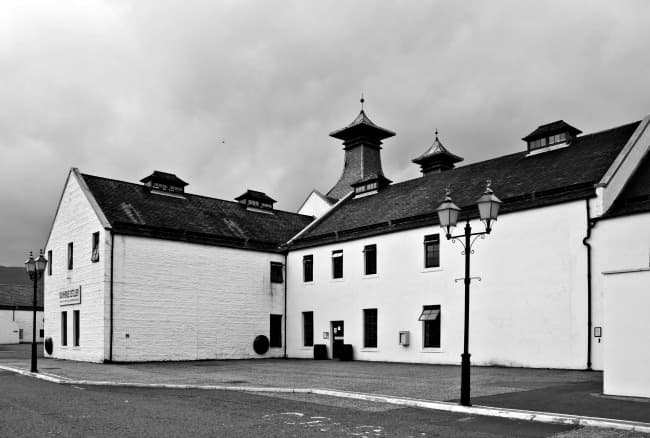 In terms of distilleries, Scotland was historically divided up into four regions - The Lowlands, The Highlands, Islay, Campbeltown. The many small islands off the coast of Scotland are included in the Highland region.

A fifth region was added, known as 'Speyside'. This also used to be part of the Highland region, but due to the large number of distilleries there it is now recognized as an individual region.

Each region produces Scotch that may be different in taste, color and aroma. But there are also differences between Scotch Whiskies produced in the same region by different distilleries, or even the same distillery. There's literally something to suit every taste :)

Here's a quick look at these regions:

The Lowlands - Currently there are only 3 whisky distilleries still in operation here - Auchentoshan, Bladnoch and Glenkinchie. Scotch Whiskey from this region tends to be the lightest and sweetest.

The Highlands - Geographically a huge area, this region is home to more distilleries than any other. Not surprisngly, the whiskies produced here are quite diverse. There's no one-size-fits-all description, but in general Highland whisky is smooth, medium to full bodied and has a great aroma. Some of the most famous Scotch whisky distilleries are here, including Clynelish, Dalmore, Glenmorangie and Oban.

Speyside - This region also houses many world-famous whisky distilleries, in fact over half of Scotlands' malt whisky distilleries are in this area. They include Cragganmore, Dalwhinnie, Glenfiddich and Glenlivet. The whiskies distilled in Speyside are similar to those produced in the Highland region.

Islay - There are 8 distilleries in operation in the Islay region, including Bruichladdich, Bowmore, Laphroaig and Laguavulin. The Scotch produced here is quite distinctive, with a strong flavor imparted by the peat used in the drying process.

You can drink Scotch whisky just as it is (neat), or you can just add ice (on the rocks), or water (use bottled spring water not tap water). Or perhaps ginger ale, coca-cola or whatever soft drink you prefer.

Dedicated scotch drinkers may insist that a single malt scotch should be drunk neat, with only a drop or two of water. However, blended scotch can be served over ice, or with more water and still be acceptable to 'connoisseurs'.

It's really impossible to pick the 'Best Scotch Whisky', as taste is a very individual thing, and there's such a huge variation of flavors. However, if you want the names of a few Scotch whiskies that are 'contenders', here are a couple of lists you may be interested in....

According to British newspaper 'The Independent' these are the top ten Scotch Whiskies...

Just to show you how subjective choosing a 'best scotch whiskey' can be, here are what forbes.com consider to be ten of the best...

Well, hopefully you're still with us, and as you now know more about Scotch whisky than most people you'll ever meet, all you have to do is start tasting them. We hope you enjoy yourself :o)