Scottish newspapers online give Scots (no matter what part of the world they live in) instant access to the latest news, sports coverage, political and business information, events and so much more...... and it's delivered right to their fingertips, literally!

Of course, you don't have to be Scottish either - anyone can enjoy online Scottish newspapers. They're a great way to get a taste of what's important to the people of Scotland, and to learn about what's happening in that part of the world.

The national Scottish daily newspapers generally cover all the happenings in Scotland, and around the UK, some also carry international news and current events.

Scottish local newspapers are community-oriented and are the perfect place to find local news, sports, events, celebrations, advertisements and just about everything else you need or want. 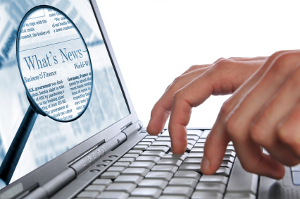 Did you know that British are newspaper enthusiasts? Research has shown that over 69% of people in the UK (which includes England, Scotland and Wales) read a national newspaper - and around 80% read a local, or regional one - on a regular basis.

Of course, it's not just the British that enjoy newspapers. It's estimated that around one BILLION people around the world read a newspaper every single day. That's a lot of people!

The Changing Face Of Newspapers

While print media has been used to spread news and information for centuries - the first newspaper (produced by the Romans) appeared around 59BC - it's had to adapt to many changes and new technologies over the years.

Radio in the 1920's, television in the 1940's, and more recently the internet in the 1990's have all caused newspapers to re-evaluate themselves. Today, most major newspapers have websites and many smaller, regional papers are following their lead.

Scotland is no different, and Scottish newspapers with online 'portals' and editions are growing in numbers. After all, it's the quickest, easiest and most comfortable way to get your daily dose of Scottish news and events..... and there's no messy black newsprint or reams of unwieldy (and unruly) paper to deal with.

I've put together a list of some of the most popular, and widely read, daily Scottish newspapers online. They're all 'quality' papers and contain tons of national and regional news.

Note: Where you see the terms 'Broadsheet' and 'Tabloid or Compact'. This refers to the size of the PRINTED newspaper and is there just for your information. Broadsheet is the larger format, usually a minimum of 22 inches long. Tabloid/compact is the smaller version, popular in the UK, and measuring around 14 to 17 inches long.

This has no relevance when you're looking at Scottish newspapers online! 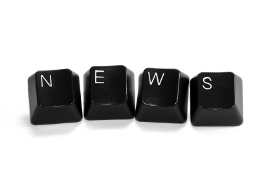 If you're looking for one of the weekly Scottish newspapers online, here are a few of the most popular Sunday papers.


There are a host of regional and local Scottish Newspapers available online. An online search for the area you're interested should turn up at least one!

And finally, there aren't just Scottish newspapers online, there are also a couple of great Scottish magazines who have websites that you can visit. Check these ones out....


We hope you enjoyed checking out all these online Scottish newspapers  - there's certainly enough reading material there to keep you busy for a while.