Your Guide To Scottish Surnames

Scottish surnames (called 'last names' in the US) have evolved over centuries, and their history and origins are much more complicated than you might think.

If you have a Scottish last name and want to know what it means, where it came from, and whether or not it can help you trace your family tree... you'll find the answers you're looking for right here.

Use these links to jump to:

The Early History Of Scottish Names

Scotland is a very old country, and it's earliest human settlements date back to thousands of years before Christ was born.

We also have a history littered with invasions and battles!

For a long time Scotland has at war with (or in conflict with) England.

The Highland and Lowland areas had very different cultural practices, traditions, and even languages. 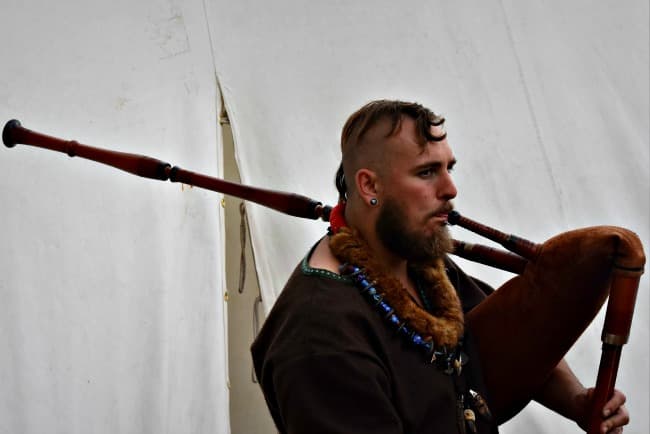 Add to that the cultural influences of invading countries (as diverse as Ireland, Norway, France and Italy), and you'll soon see why the structure underlying Scottish naming practices was so complicated.

The use of  'fixed' (or recognized) Scottish surnames appeared occasionally as early as the 10th or 12th centuries, but didn't begin to be used with any sort of consistency until the 16th century.

Even this, this practice was slow to 'catch on', and it took until the late 18th and early 19th century to spread to the Highlands and northern isles.

Before this, people were simply known by one name - their first, or 'given' name (known as their 'forename' in Scotland).

There was only a small set of 'acceptable' names for parents to choose from, so there was a lot of sharing - which inevitably led to an equal amount of confusion.

To make things easier, a personal 'byname' was often added to the 'given' name, and it's from these bynames that Scottish surnames eventually developed.

The influence of foreign cultures and languages can also be seen running through the entire history of Scottish naming practices.

Personal bynames were the 'seeds' from which Scottish last names 'grew', and they usually  fell into one of three different categories

This means exactly what you think it does... these names were based on a persons location (usually birthplace) or territory.

It could be a region, district, town, village, island, parish and so on. 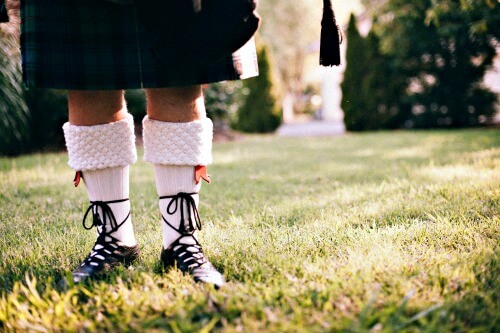 This concept was ground-breaking in the early days, and when it first started in Scotland it was only being used by the upper-levels of society (ie noblemen and titled families).

That makes sense because these were the people who owned the land, or territory, and were often known or recognized accordingly.

But over time, the practice slowly spread throughout all levels of Scottish society.

It came to refer more to where someone was born, or to where their family was from, than to the location of any land that they owned.

There was one more group in this category -  'topgraphical' names.

These were locational but referred to a specific topographical feature of the landscape rather than a specific region.

For example - a river, a loch, a bridge and so on.

A lot of the most common, and popular, Scottish surnames are locational, territorial or topographical.

Many Highland Scots had this type of last name because their society was heavily reliant on the land.

Again, the description is pretty much self-explanatory.

Some common Scottish last names come from this group, and were based on the occupation, or job, of their owner. 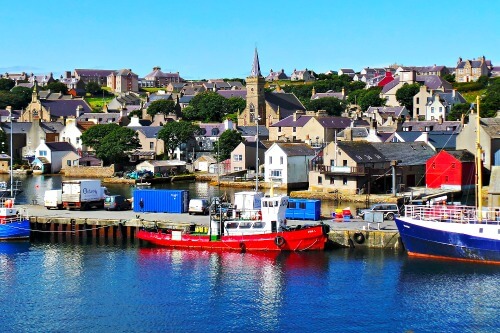 Scottish occupational bynames less common in people whose families originated in the Highlands, than in the Lowlands.

These are among the earliest versions of Scottish surnames and are derived from a man's first name (or forename) with a suffix or prefix tacked on.

Suffixes (added to the end of a name) were used more often by Lowland Scots, and prefixes (added before the name) were more popular with Highlanders. 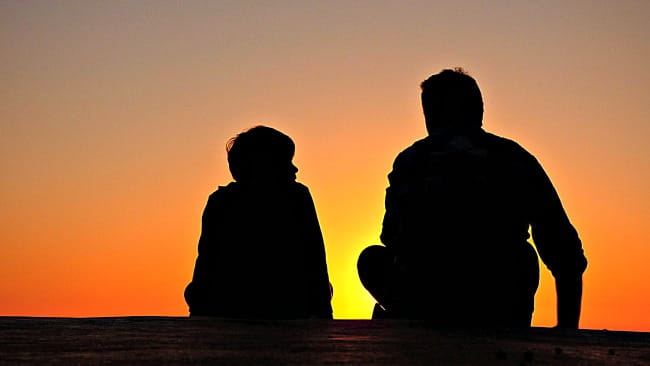 Over time,  'Andrewson' became 'Anderson', which is a very popular Scottish surname.

Once again, this highlights the complexity of the way Scottish surnames have developed.

For example, the John Andrewson above may have gone on to have a son whose name was Dougal, and it's possible that the son would be known as Dougal Johnson rather than Dougal Andrewson.

But it's also possible that he would keep his father's surname of Andrewson. The 'rules' of the naming game weren't written in stone during the early days!

If you're interested in tracing your Scottish ancestors and think that your last name is going to play a central role in that quest - well, you can see how that may not be true!

How Nicknames Fit In

Nicknames were 'descriptional' ie they referred to a physical feature or characteristic or a personality trait.

Because in the early days many Scots had the same name, these nicknames were usually used to distinguish one 'Andrew' or 'Tahmas' from another.

Over time many of these became surnames, or last names.

Here are some examples:

In recent years there's been a surge in interest surrounding names that are considered Scottish clan names. 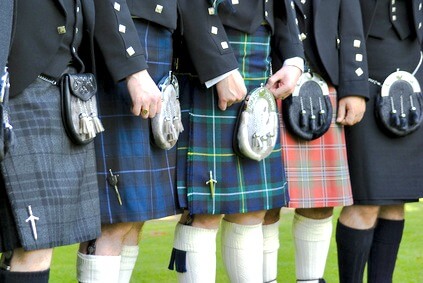 Many people who have a last name like MacDonald or Campbell assume that they have clan ancestry.... but as you may have guessed by now, it's not as simple as that.

If you visit my Clans Of Scotland page you can learn the fascinating and bloody history behind the Scottish clans.

You'll see that, at their core, they were basically huge extended families.

Although in theory, clan members were related to one common ancestor, in practice this more often than not wasn't the case.

When a woman married, she took her husband's last name, and left her birth-clan behind. She may go on to give her original clan or married name to a son later on, but then again she may not.

Also, some clan members (whether related by blood or not) often dropped their 'original' bynames and adopted the name of the clan chief as a sign of loyalty, respect or allegiance.

So, just because your last name is MacDonald, you can't assume that you are descended from the original MacDonald clan chief I'm afraid - your blood ancestors could have carried the MacGregor, Stuart or just about any other Scottish surname.

It's a maze and a mystery, but that's part of the fun of tracing your family tree - you simply never know what you might find!

By the late 19th century, the modern practice of using fixed, family surnames had become accepted in Scotland, and the naming patterns that we recognize today emerged.

At this point family members began to share the same surnames, and these were passed directly from one generation to the next.

Here are a couple of lists that you might find interesting.

The first is a list of the most popular Scottish surnames over the last 140 years (according to the General Register Office for Scotland).

The second is a table, using the same Top 20 names, and giving their category (ie territorial, patronymic etc.) and origins.

According to statistics compiled by the General Register Office for Scotland, from statistics gathered over the last 140 years, these are the Top 20 Scottish last names.

My maiden name was Brown, right up there at the top!


If you're looking for baby names, or just want to take a peek at Scotland's most popular first names (also called 'Christian names'), why not check out these pages....


We hope you've enjoyed this little journey into the fascinating world of Scottish naming practices.

Scottish Clan and Family Names: Their Arms, Origins and Tartans

Scotland: Castles and Clans: The Legends