Although the national flag of Scotland is the blue and white 'Saltire', the Scottish people also have a second, very different, flag which is called the 'Lion Rampant'. 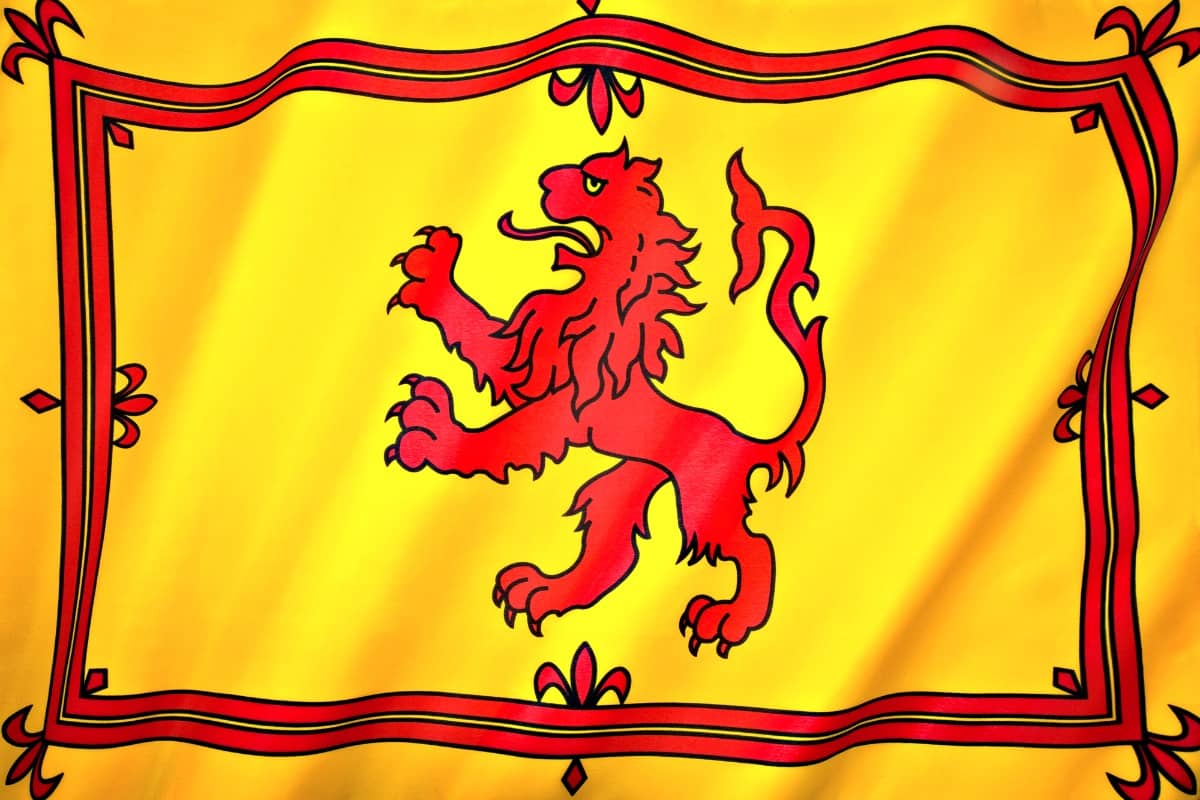 The 'Lion Flag' is often considered the unofficial national flag and referred to as the 'Royal Flag of Scotland'.

The 'Royal' term applies because this flag historically, and legally, belongs to the monarchy (or royalty) - more specifically to a King or Queen of Scotland.

As there hasn't been a Scottish King or Queen since the 17th Century, it now belongs to Queen Elizabeth II. It's a more colorful and dramatic flag than the Saltire, and may be a little more memorable because of that.

The term 'lion rampant' actually refers to the positioning or attitude of the lion. A rampant lion is shown as a profile of a lion standing upright (on one or both hind legs) and the forelegs are raised, claws unsheathed, as if to strike.

For me, the fierce and battle-strewn history of Scotland makes this the perfect symbol of Scottish pride!

History of The Lion Rampant Flag

It seems that the rampant lion design was first used as a symbol of the Scottish kingdom by King Alexander II (1214 - 1249 AD).

It appeared as a coat of arms on one of his seals in 1222, and also later, on a seal of Alexander III. It was referred to as the 'Arms of the Kingdom (or Dominion) of Scotland'

But historians believe that the lion rampant may have appeared even earlier than this, being adopted by King William I (aka 'William the Lion') 1143 - 1214 AD, as part of the design of his heraldic banners/flags used in battle. At this time it may have been called 'The Lion of Bravery'.

The same symbol was also used by King Richard I of England (aka 'Richard the Lion Heart') later in the 12th Centruy. 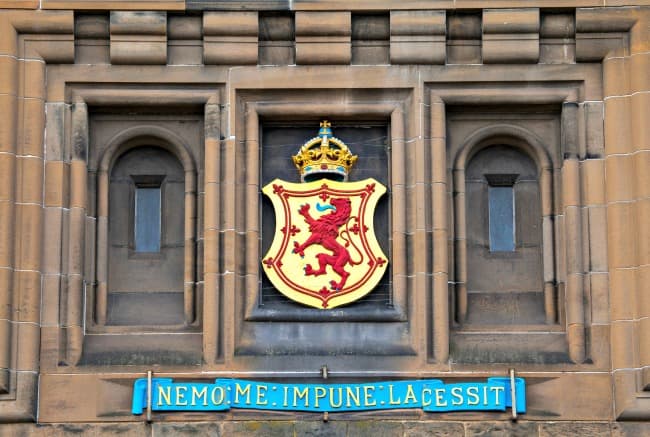 I was interested to find out that before the lion appeared as a Scottish heraldic symbol, there's a record of a royal standard featuring an even more exotic, mythical, animal... the dragon! A dragon symbol was used on a royal standard, by King David I during battle as early as 1138.

Officially (and historically) the 'Lion' Flag is only allowed to be flown by a monarch, and today it is traditionally flown at royal residences when the Queen is NOT in residence. There are also other officials, such as the Lord High Commissioner to the General Assembly of the Church of Scotland, Lord Lyon King of Arms and the Royal Regiment of Scotland, who are allowed to fly this flag.

According to an Act of Parliament, passed in 1672, it is an offense for any private citizen or corporate body to fly or wave this flag, so they're not a part of the every-day Scottish scenery.

Unofficially though, it's often thought of as the 'Second National Flag of Scotland' and you'll generally see hordes of them in the hands of sports fans at national (and international) football and rugby games.

Although this is technically illegal, there doesn't seem to be any official objections to these displays of patriotism because King George V gave permission Lion Rampant flags to be waved by the public during his Silver Jubilee celebrations in 1935.

BUT, if anyone wants to fly one from a flagpole or building they do still need to get special permission!