The National Flag of Scotland

Do you know what the national flag of Scotland looks like? Are you sure? 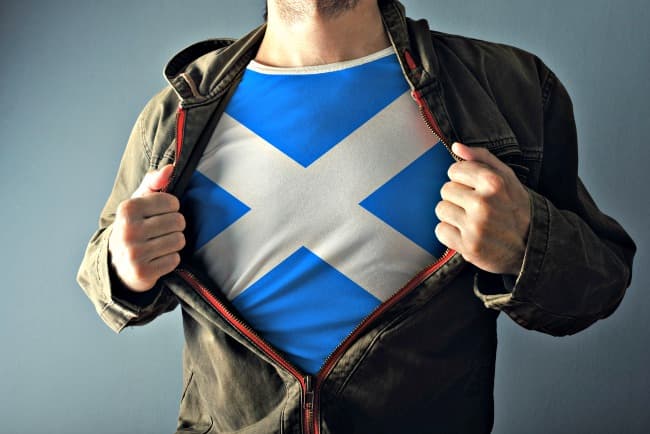 Why would I ask you that? Because Scotland actually has two flags, only one of them is recognized as Scotlands' offical national flag - and that's the Saltire (shown in image above).

Although the Saltire is the official Scottish flag, if you had an image of a different flag in mind, you could still be on the right track!

That's because the  'unofficial' Scottish flag is the 'Lion Rampant', an enigmatic and well-recognized flag in it's own right.


About The Official Scottish Flag

The actual word 'Saltire' means 'a cross with diagonal bars of equal length' and the national flag of Scotland is made up of a white saltire (aka St. Andrews' Cross) on a blue background. First hoisted in 1512, it's believed to be one of the oldest flags in the world still in use today.

If the flag being almost 500 years old seems pretty impressive, you're about to be even more impressed because the use of the white saltire cross as scottish icon/emblem dates back to the 13th and 14th Century.

It was approved as the flag/badge of the Scottish people in a statute made in 1388.

The first historical reference to the white saltire being used on the Scottish flag (albeit with a red background at that point), occurs in 1503.

Behind most Scottish symbols, there's a rich and colorful history, and why this particular design was picked to appear on the flag of Scotland is no exception. 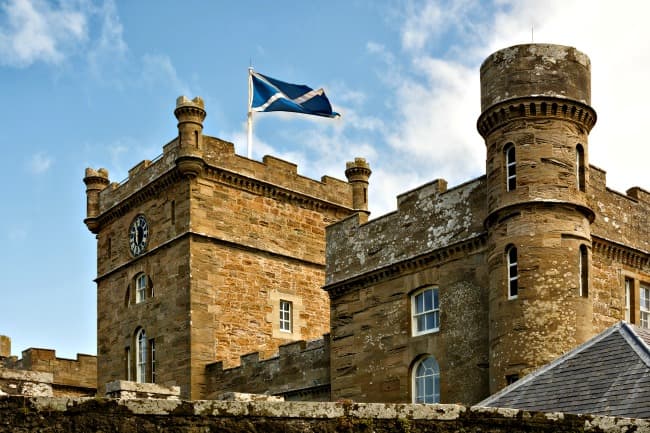 The Origins of Scotland's National Flag

For this part, we have to first go further back in history, much further back, to the time of Jesus Christ in fact! 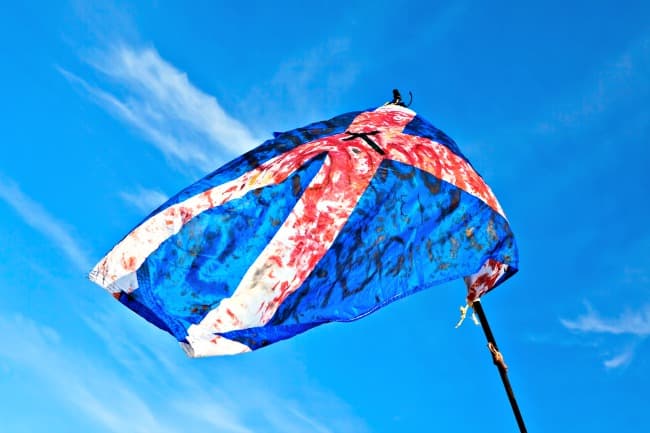 It's believed that around 60 AD St. Andrew, who became the Patron Saint of Scotland, (and who was one of Jesus' Apostles - the younger brother of Simon Peter) was crucified.

Legend says that he felt himself unworthy of being crucified on a cross that resembled the one Jesus died on, and so he hung on a saltire, or diagonal cross.

There's also a second theory about this detail, as some historians believe that St. Andrew was crucified by the Romans in Greece, where this diagonal cross was more commonly used.

The next part of the legend behind the flag of Scotland takes place over 700 years later, in 832 AD.

It's said that the night before the Pictish King Angus II, led his forces into battle against the English King Aethelstans' army of Angles and Saxons, King Angus had a vision or dream. In this vision, he saw St. Andrew and was promised triumph in battle.

Early the next morning Angus' troops were awestruck by the sight of a huge white Saltire cross shining against the background of a bright blue sky.

This 'omen' led the Scottish troops to victory and the Saltire found it's place in Scottish history.

The first illustration of the Saltire flag in it's full blue and white glory appeared around the middle of the 16th Century, and between that time and the year 2003 the blue of the flag has seen some changes.

Originally thought to be sky-blue, this color became darker during the 17th century, at times appearing dark 'navy' blue. Manufacturers of the flag didn't necessarily select the same shade of blue and this was often a subject of spirited debate!

This situation came to an end in 2003 when a Scottish Parliamentary committe officially recommended that the shade of blue on the Scottish Saltire Flag become standardized, the shade chosen being Pantone 300.

The Saltire forms part of the 'Union Jack', the national flag of the United Kingdom of Great Britain and Northern Ireland, but in that instance the blue is slightly darker than the new shade agreed upon in 2003. 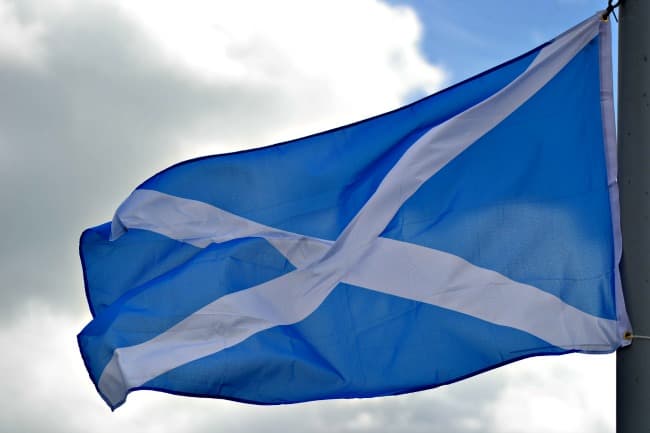 This National Flag of Scotland is the officially recognized flag that is flown on public buildings and carried by Scottish teams in international competitions.

If you visit the Saltire Memorial at Athelstaneford in East Lothian, Scotland, you'll see the Saltire flying every single day.

Beneath the flagpole you'll find the famous battle scene, complete with a moving inscription, carved in granite. You can even enjoy a view across the very ground where King Angus defeated King Aethelstan all those centuries ago.