Scottish sayings and words, combined with that unmistakable accent, can often make English sound like an entirely different language when you're 'north of the border'. 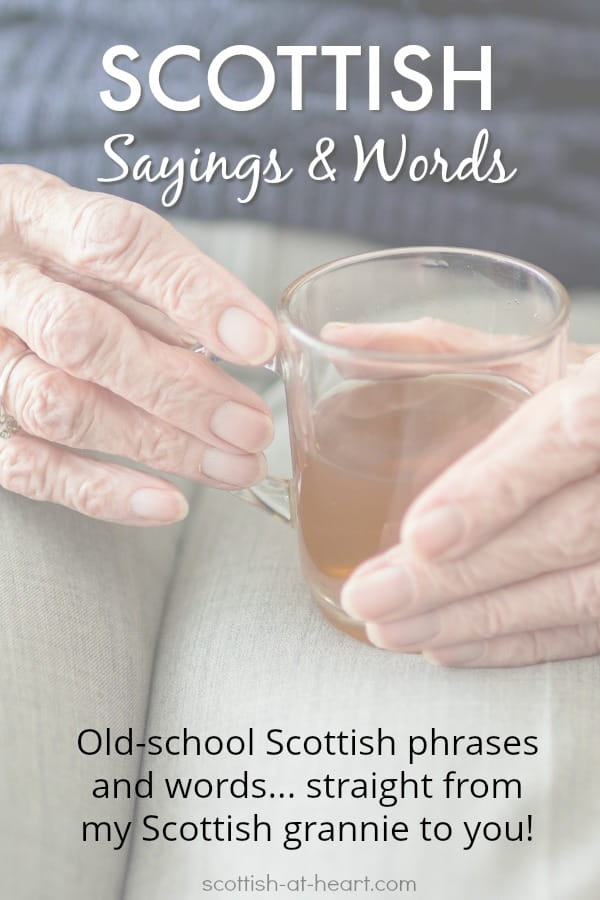 There is no single language that has ever historically been spoken by all Scots.

In the southern areas, Lowland Scots traditionally was the norm.

Gaelic was spoken in central and northern areas.

The off-shore islands to the far north (Orkney Isles and Shetland Isles) spoke 'Norn' (a form of Old Norse).

Rogue words from this extinct language still pepper the speech of the people who live on the islands.

Although the traditional Gaelic is still spoken in some areas, and today Scotland is moving towards becoming a fully dual-language country (English and Scots Gaelic), 'Scottish English' is what is spoken by the majority of Scots.

To add to the intrigue, even in this there are many different dialects and variations of words depending on what city, or area, the speaker is from. It's all part of the mystery and charm of Scotland!

I grew up hearing many of these Scottish phrases and sayings at home. However, as my family had moved south (into England) when I was only a toddler, I didn't hear them at school, or anywhere else. I felt as though they were part of a 'secret language', one that only my  family understood.

Even today, hearing a certain phrase or word brings memories flooding back!

We hope they amuse you more than they confuse you. Have fun!

My Nana's Scottish Sayings Take Me Back!

Scots are a practical, no-nonsense people with a down-to-earth attitude to life.

They're not given to flights of fancy, or to a lot of emotional angst...

... but they definitely have a deep spirituality, a lot of superstitions and a dry (sometimes wicked) sense of humor!

Many of the phrases on this page give you a peek at those.

My Nana (my moms' mom) used these Scottish sayings all the time.

Although she left this world and has been watching over us from Heaven for decades, as I type this I can hear her voice in my head. 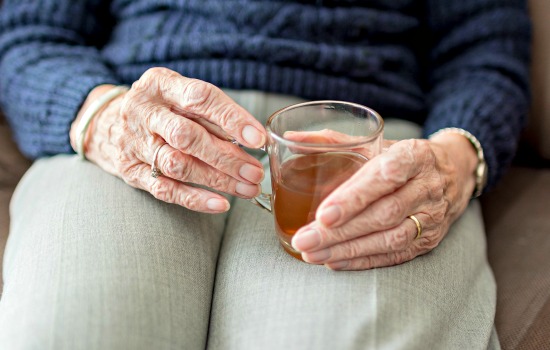 Here are a few of the Scottish sayings that I grew up hearing on a daily basis:

This one basically means 'whatever is meant to happen to you, will happen to you"! It's the Scottish phrase I heard whenever I'd moan or complain about not getting something (or someone!).

This was usually said with a touch of impatience, as a fair translation would be "You're a little whiner/nuisance". If I complained about being bored, or was being whiny and difficult, this was the response I'd get.

This means "She's all worked up" or "She's got herself all riled up".

"A pritty face suits the dish-cloot"

If I was fussing over what to wear, this Scottish saying was Nanas' stock answer. Basically it means "A pretty face suits the dish-cloth".

I think this probably still needs some more translation.... the general idea is 'if you've got a pretty face, it doesn't matter what you're wearing'. Of course, it usually didn't help with my immediate problem ;o)

This Scottish phrase is another one that needs a double-dose of translating! Simply putting it into English results in "Away and boil your head!" - which probably won't help you much.

What it means is something along the lines of 'Get lost!' or 'Forget it!' - and it's usually said to someone who is deemed to be talking rubbish, or wasting your time.

I'd hear this if I was telling tales on my sister (or anyone else!). It means "Don't be a little tell-tale!".

Another colorful Scottish saying, that definitely needs some explaining. Direct English translation would be "Your bum is out the window", but that's probably not going to make you any the wiser.

So, the actual meaning of this phrase is something along the lines of 'You're talking rubbish (trash)', or 'You're not making any sense'. Believe me, I heard this one a few times!

"I'm going to the pictures"

The 'Pictures' is the movie theater, and my Nana loved going to see a movie.

"I'm getting the messages"

This is one of the Scottish sayings that you might think doesn't need translating - but you'd be wrong! In this case, the 'messages' are not what you're probably thinking.

'Messages' are 'groceries' or other things that you'd get from the store. So, literally speaking this Scottish phrase means "I'm doing the (grocery) shopping".

"It's time to get your jags"

This isn't a phrase that any kid wants to hear! 'Jags' are vaccinations, so it means "It's time for your shots". Not fun, and guaranteed to send me running in the opposite direction!

The English version of this Scottish phrase would be "I'm going to smack your little bottom" (bottom is 'butt' or 'rear' for those in the US). Didn't hear this one too much either, but can't say I NEVER heard it!

This translates to "They're moving house". 'Flit' is to 'move'... that one was easy, for once.

Here are a couple more Scottish sayings that are pretty common, and although they weren't used as often as the ones above, they deserve to be included....

"You're a long time deid"

English translation of this one is 'You're a long time dead', and if you're thinking that's a pretty obvious statement but are still not sure what it means, try this...

'Enjoy life, because once you're dead you're going to be that way for a long time!' Not very uplifting, but true all the same.

"A nod's as guid as a wink tae a blind horse"

This one was a challenge in terms of its' meaning! The English translation is 'A nod is as good as a wink to a blind horse', but that's still a bit obscure.

The best I can come up with in terms of what it means is this... 'If the horse is blind it doesn't matter whether you nod your head or wink your eye, he still won't see it'. Hmm... not sure when I'd use that one, but I'm sure it will come in handy one day :o)

If you're starting to get a 'feel' for Scottish-English now, then this Scottish saying is pretty easy to understand. Translated it says "You're off your head!", meaning 'you're crazy'.

Okay, you may need a little help with this one though. English translation is "Hold your tongue" or "Be quiet!". Strangely enough I didn't hear this one too much. Of course, the fact that Nanas' hearing wasn't good may have been a factor there.

This one is short and simple, translates to "I don't know".

Another short one, basically it means "Good things come in small packages".


Scottish Words Can Be Just As Odd!

Scottish words and slang can be colorful, but it's also confusing, amusing or even sometimes downright 'strange'. 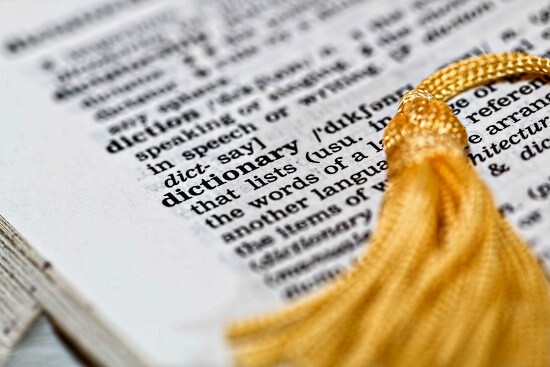 Many of these words are common, others aren't used too often, but they're all great examples of Scottish-English at it's best.......

Learn More About The Scottish Language

What's on this page is just the tip of the iceberg when it comes to speaking 'Scottish', but there are a couple of really great books that can take you further down the road of discovery.

Getting the grasp of an ancient language (which is still spoken today in some of the most northern parts of Scotland) is a thrill!

If you're planning to visit Scotland, or just want to know more about this fascinating country and language, you might like these: