History of the Golden Retriever

Everyone recognizes the gentle, lovable, beautiful 'Golden', but the history of the Golden Retriever is much less well-known.

This is a truly Scottish breed, originating there during the 19th century, born out of retrievers who were traditionally used as hunting companions across the Highlands and beyond.

The Golden Retriever's ancestry also includes the now extinct Tweed Water Spaniel, as well as having some input from other breeds, including the Irish Setter and the Bloodhound. 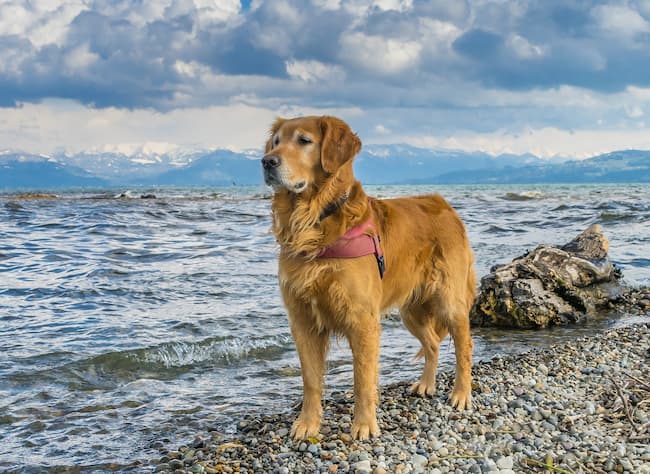 Scotland was home to a variety of working dogs from as early the 13th and 14th centuries, probably even earlier. The majority were indigenous to the location, supplemented with a handful of breeds brought by traders, visitors and invaders.

Overall these dogs generally fitted into one of three categories - terriers, herding dogs and hunting dogs.

At these times, dogs were bred mainly as working dogs, with their skill and talents being much more important than their looks. 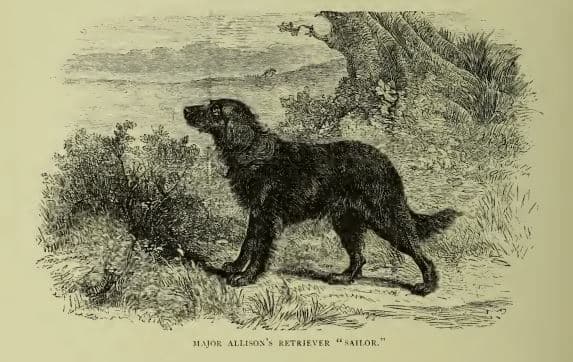 Over the centuries these basic groups began to separate out into smaller groups of dogs who had very specific characteristics and the idea of individual dog breeds took shape.

The Golden Retriever was a little late to the party in this respect, and wasn't developed until the latter half of the 19th century, and not officially recognized until early in the 20th century.

However, from 1840 onwards, there are incredibly accurate and detailed written records of the development of the Golden Retriever breed - which is not that common when it comes to Scottish dog breeds!

The existence of these records is partly due to the fact that the Golden is a relatively 'new' breed when compared to many other native Scottish dog breeds, but it is mostly due to the efforts of Dudley Coutts Marjoribanks (later, in 188, to be known as the first Lord of Tweedmouth).

Marjoribanks was a British aristocrat and also the son of a Scottish banker. 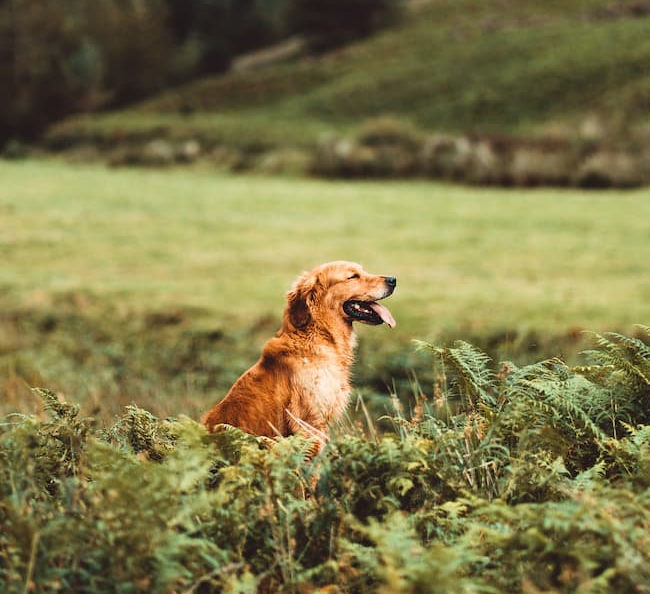 During the second half of the 19th century, Marjoribanks committed himself to creating a very specific type of retriever, one that would excel in the rugged, cold and wet climate of Scotland.

Their work was to be to retrieve birds such as grouse and partridge, and to accompany deer hunters.

He purchased his Highland estate, called Guisachan (which prior to that was owned by several members of Clan Fraser), in 1854 and restored the mansion, stables and several other buildings which sat on 20,000 acres of highland land.

Guisachan Estate is the birthplace of the Golden Retriever and it is there that Dudley Marjoribanks spent decades perfecting the beautiful, intelligent, affectionate and hugely popular breed we all know today.

Development of the Golden Retriever breed

The first dogs in Marjoribanks program are said to be a retriever with a wavy coat that he was intrigued by, and bought from a cobbler on impulse. The dog's parents had been black, but his coat was yellow/gold, and his name was Nous. 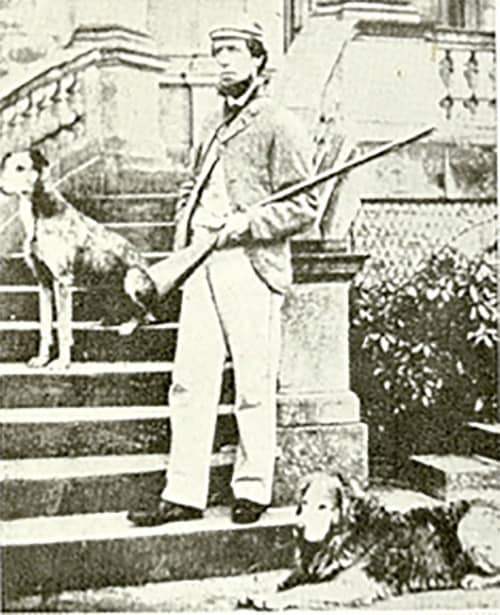 The cobbler had apparently been given the dog as payment for a debt.

At this time black dogs were still thought to be better hunters or retrievers, and other colors were often killed at birth by breeders focused on producing hunting dogs.

Dog breeding in this type of situation, and historical time period, involved less emotion than it does today, and Nous would likely not have lived to adulthood had he not been used to settle a debt.

In 1868 Dudley Marjoribanks bred Nous to a Tweed Water Spaniel named Belle, as part of his efforts to produce a dog who would be more suitable for working in the wet and rough conditions often found in the Scottish Highlands.

You can see another very old photograph (from 1868 in fact) of Nous HERE.

The dog next to him is believed to be the Tweed Water Spaniel Belle, who gave birth to the first Guisachan Golden Retrievers.

The resulting litter contained three yellow puppies who their breeder aptly named Cowslip, Crocus and Primrose after a trio of yellow flowers.

These three puppies were the foundation of the entire Golden Retriever breed. We know this because of those meticulous records that were kept. The original leather-bound book where Marjoribanks wrote down all the details of every breeding is now kept by the Kennel Club in the UK!

As the breeding program progressed, other wavy and flat coated retrievers, at least one other Tweed Water Spaniel, and a Red Setter were added to the mix, eventually producing the stunning and, at that time unique, Golden Retriever.

For many years, the Guisachan retrievers were owned by family or friends,  local gamekeepers and titled gentry known to the Marjoribanks family. Two of the dogs traveled to the USA in the late 1800's with family members.

At the very beginning of the twentieth century, Goldens began to compete in dog shows, under the category of 'Retrievers, wavy or flat coated. Other colors' (basically not black).

The UK Kennel Club recognized the Golden as a breed in it's own right in 1911 under the name 'Retriever - Yellow or Golden'. When the Golden Retriever Club was established in 1920 the official breed name was officially changed to 'Golden Retriever'

The breed was officially recognized by the Canadian Kennel Club in 1925 and by the AKC in 1932.

A rather sad side-note to the development of this enduring popular breed is that with so much focus being placed on creating the perfect 'Golden', one of it's foundation dogs gradually disappeared from lack of interest and breeding early in the  twentieth century.

Today, Golden Retrievers are perhaps one of the most popular dog breeds around and although, as I talked about earlier on this page, they were originally bred purely as working dogs they are now often seen as the quintessential family pet! 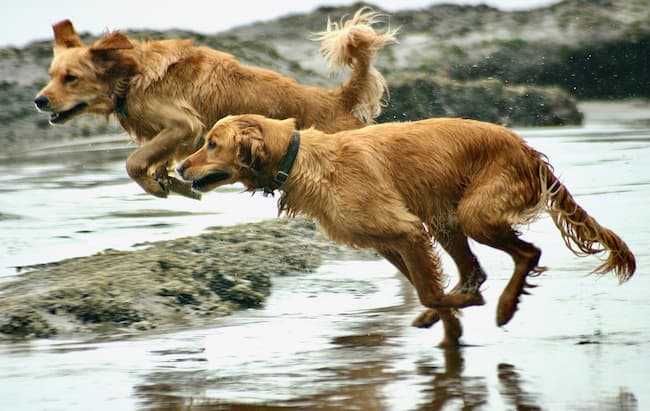 Of course, Golden's are still fantastic working dogs. They love to be outdoors, are huge fans of water, and are highly intelligent and responsive to commands which makes them easy to train and a joy to be around.

I'm sure that Dudley Marjoribanks couldn't have forseen how incredibly popular his yellow retrievers would be centuries after he bred his first litter. He may also have been very surprised to see the gorgeous range of colors that they can now be found in!